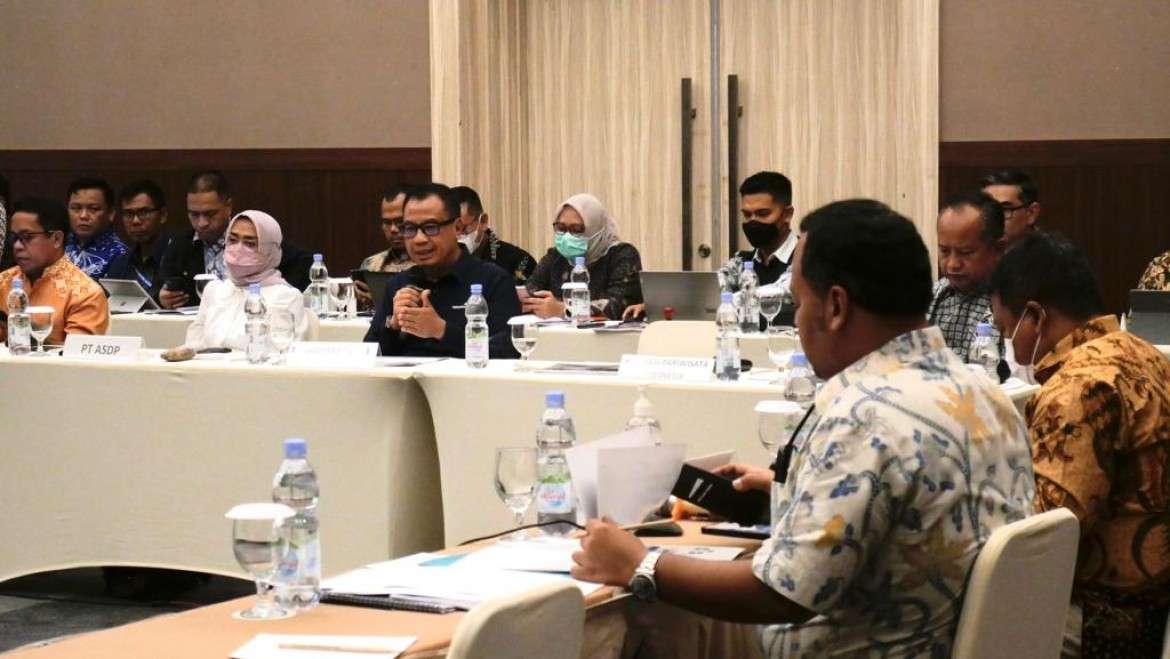 The President Director of PT Angkasa Pura I attended a meeting with the Commission VI Team of the DPR RI at the Santika Premiere Ambon Hotel, in connection with the Working Visit of the Recess of Commission VI of the House of Representatives of the Republic of Indonesia for the First Session Period of the 2022-2023 Session Year which was held on October 27, 2022 - October 31, 2022.

The meeting began at 14.00 WIT on October 28, 2022 and was opened by Mr. Mohamad Hekal, M.B.A (Deputy Chairman of Commission VI of the House of Representatives of the Republic of Indonesia) as the Chairman of the Meeting. At the meeting, the President Director of PT Angkasa Pura I in his presentation conveyed the following:

- Roadmap, innovation and strategic initiative projects of the company carried out in order to develop and improve aviation services in Maluku Province.

- efforts and strategies of PT Angkasa Pura I in order to improve the comfort of services at Pattimura Airport, Ambon as well as strategies in order to prepare for an increase in flight frequency to and from Maluku in line with the National Economic Recovery and tourism development in Maluku.

- a form of support from PT Angkasa Pura I, especially increasing the involvement of local small entrepreneurs and MSMEs in the management of airports in Ambon, Maluku.

The activity continued with an hour-long discussion session and ended with the handing over of plaques and group photos. The meeting was closed by the Chairman of the Meeting at 5:30 p.m. WIT.